What Makes a Creative City? 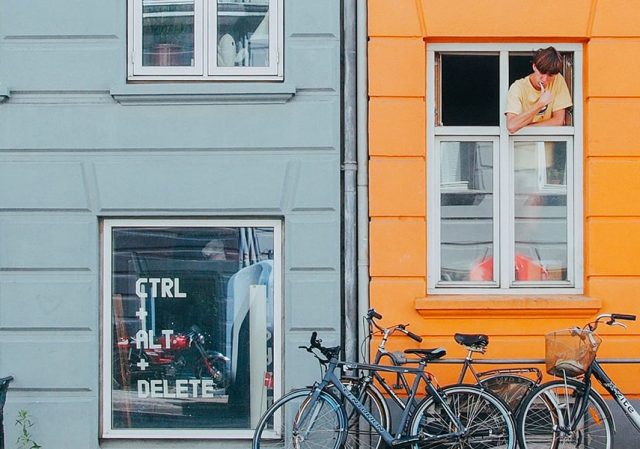 It’s hard to imagine now, but Copenhagen hasn’t always had its network of cycle lanes. Less than 50 years ago, cars ruled the road just like in any other major city; huge urban lots were dedicated to parking spaces rather than green spaces and public transportation was minimal.

The city has come a long way since then, but perhaps the most important upgrade occurred in 1947 when a group of urban planners introduced their Five Finger Plan to add more than 100 miles of train lines to the city. Each line (or “finger”) would extend from the city center, stretching into a different area of Copenhagen, as if a hand were reaching outward. The plan itself was an exercise in creative thinking; a way of reimagining the city as an appendage—something alive and dynamic. With the Five Finger Plan’s train lines, an extensive bus system, and a metro line (opened in 2007), it’s now exceptionally easy to travel in Copenhagen as both a local and a visitor.

“Only by coming together can we create something truly meaningful.”

Today, Copenhagen has a reputation for being a design-forward city. Fashion, furniture, lighting, porcelain—there’s a distinct look and quality that we strive for in the Danish capital. And the entire city has been developed with the same care: it’s a place that’s easy to navigate and comfortable to live in, but also a place where creativity can bloom unhindered.

Here, using Copenhagen as our guide, we examine the unique ways that urban planning and design can contribute to a city’s creativity—more often than not, it’s a simple matter of providing a space for active participation among people. Only by coming together can we create something truly meaningful.

Copenhagen’s system of protected bike lanes—and their intense work to educate drivers about how best to share the road with cyclists—has encouraged more than 55% of the city’s population to use bikes as their main mode of transportation (75% of the group even continues to cycle throughout the winter, an activity known as “viking biking”).

Urban planning consultancy firm Copenhagenize Design Co. contends that cycling should primarily be viewed as a form of transportation, but if we look beyond the basic mobility bikes provide us with, we can understand how it fosters creativity. Riding a bicycle allows travelers and commuters to see a city from a different point of view—and the chance to more intimately connect with the environment. The wind in your hair, the sun on your face, the pavement underneath your tires; cycling is a visceral experience that can inspire our everyday thoughts and ambitions.

“When a city is open to all…those with a variety of needs, desires, and visions are able to actively participate in city life.”

Being able to quickly travel across town—it takes less than 45 minutes to bike from one end of Copenhagen to the other—allows you to fully understand and appreciate the atmosphere of the city, even in a short time. But we must also remember to give everyone the same opportunities. Accessible transportation is prioritized in Copenhagen: every train and metro station has step-free access, and buses are designed with ample space for both wheelchairs and prams.

This level of accessibility encourages creativity by removing boundaries. When a city is open to all, the outcome is that those with a variety of needs, desires, and visions are able to actively participate in city life. And when multiple perspectives are normalized, creative thinking is strengthened for all.

“Green spaces are another integral part of the Copenhagen landscape, providing a sense of openness and creativity throughout the city.”

Providing space for public works of art has positioned Copenhagen as a city that rewards and nurtures creativity. The city and its people appreciate visible art—like the Cirkelbroen bridge (a beautiful structure that has often been compared to the masts of a ship) by Danish-Icelandic artist Olafur Eliasson. Even now, as the metro expands with 17 new stations, artists have been asked to decorate construction barriers; throughout the city, building exteriors are also covered by murals from beloved Danish artists and illustrators like Stine Hvid and HuskMitNavn.

Green spaces are another integral part of the Copenhagen landscape, providing a sense of openness and creativity throughout the city. From green parks such as Kongens Have to urban parks such as Superkilen in Nørrebro, you’re never far from a public outdoor space. This has encouraged numerous creative endeavors, including installations like the Rope Forest by Keinicke and Overgaard Architects and urban gardens such as Østergro.

Imagine cycling through a city, taking in the panoramic view of the water and skyline while you cross a bridge; your eyes take in the color and shape of murals set against the centuries-old buildings. Copenhagen is a city that respects both new and old, reveres mediums from architecture to street art, and acknowledges that even with all of that man-made goodness, there’s nothing quite as special as being outside. As a traveler, it may not be home, but you feel free. With that freedom, something inside you unlocks, and the desire to create grows stronger.

How do you remain creative while traveling? Use our Lojel Workbooks to jot down ideas that spark; there’s no telling where they’ll take you next.