Book Your Trip to Outer Space 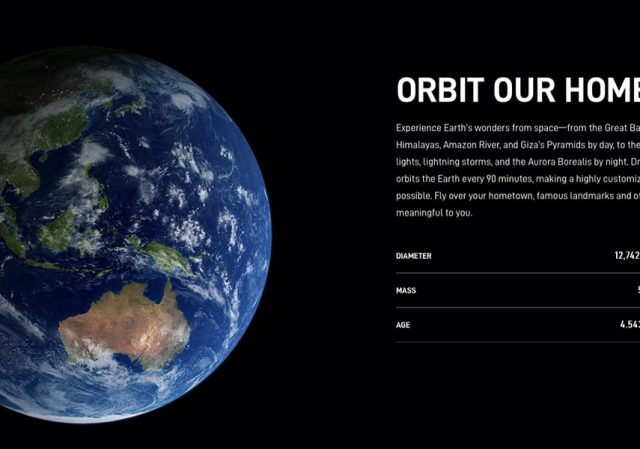 When I was a kid, I wanted to be Judy Jetson. Yes, she may have been a boy-crazy cartoon character, but she also had a perfect platinum ponytail and the ability to ride hoverboards and travel to different planets. Between great style and access to flying cars, what more could a girl want?

Childhood fantasies aside, the futuristic cartoon show has proven to be an enduring cultural touchpoint when it comes to the way we’ve envisioned the future, and the most striking technological advancement in the show has always been the transportation.

In an ideal world, transport would have no negative ecological impact, provide equal access for all people, be completely safe, reduce congestion, and decrease travel time. While the Jetsons appear decidedly privileged, the technology appears to cover all these bases.

So, how far off are we from a similar reality?

With a worldwide shift to remote work, transient lifestyles are likely to surge. When borders inevitably open up again, folks will be looking for easier and safer ways to travel. Between this trend and the ticking climate change clock, it’s time to up our mobility game. Luckily, the future is looking quite mobile indeed.

The Future is Flying

They may still conjure images of an orange-haired Milla Jovovich in The Fifth Element, but electric autonomous aerial vehicles (read: flying cars) not only fit the above criteria, but they’re closer to reality than you may think.

Several companies are currently competing to launch the first versions of vertical take-off and landing (VTOL) cars and taxis. Among these companies is Uber, who’s aiming to offer Uber Air—a service that will take ride-sharing to the next level with electric air transportation—as soon as 2023.

Picture looking down at crowded trains and traffic jams while you cruise above it, making a beeline for your destination. Not only would you have a comfy view of the clouds, the VTOL vehicle would also be helping reduce carbon emissions and the spread of disease.

Hopefully, as this mode of transport becomes more viable, so too will its accessibility and affordability.

Imagine travelling from Los Angeles to San Francisco in about a half-hour. For those who haven’t made the trip, the over-600 km stretch typically takes about six hours—but it wouldn’t have to if we had Hyperloop.

In a 2013 Tesla blog post, CEO Elon Musk outlined his vision for the future of travel that would be safer, faster, and sustainable. The proposed Hyperloop is a zero-emissions pod that travels through a low-pressure vacuum tube, propelled by electromagnetic levitation. Think of the rather old-fashioned technology of pneumatic tubes that were used to send mail back in the day, but a whole lot larger, faster, and shinier.

While the blog post was inspired by how disappointed Musk was by California’s new high-speed rail, Hyperloop could theoretically take people not just from city to city, but across countries and even continents. It’s estimated the futuristic pods could reach up to 700 mph, providing a more affordable option to airplanes.

While neither of Musk’s companies SpaceX and Tesla are developing models, several groups popped up almost immediately after that post went public to join the race to be the first one to create it.

Hyperloop Transportation Technologies and Virgin’s Hyperloop One are both companies working to make it happen. According to Virgin’s website, they’re currently collaborating with governments around the world to get the first Hyperloop operational in the late 2020s.

Out of This World

Like aerial vehicles, travel to and within space is no longer a faraway question mark, but a very real goal companies are advancing on. As the effects of climate change continue to loom over humanity’s future, some believe our only hope lies beyond our blue planet.

Both SpaceX and Jeff Bezos’ Blue Origin are leading the way by developing reusable ships that can transport humans to Mars and beyond. Though we still may not be attempting to colonize the moon for years to come, regular space travel is just around the corner.

The same year Uber Air is set to launch, SpaceX plans to send its first private passenger around the moon. And if you have enough pocket change, you can reserve a spot on Virgin Galactic’s commercial spaceline for a chance to see the earth in its entirety.

Whether this sounds like your childhood dream come true or a Sci-Fi nightmare, space travel will no doubt represent the ultimate frontier in mobility, prompting us to rethink what “remote” really means.

The Possibilities are Endless

There is no teleportation or time travel, but when it comes to transportation, these innovations are changing what we thought was possible. In a few years, flying cars could go from being the hallmark of futuristic movies to a fixed feature in the sky. A generation from now, young people might be setting their sights on Mars.

Beyond just the “cool” factor of a pod that can shoot people in another direction at hundreds of miles per hour, the positive social and ecological implications of some of these concepts make me optimistic about the future.

But then again, that is pretty cool. Maybe even cooler than Judy Jetson’s wardrobe.