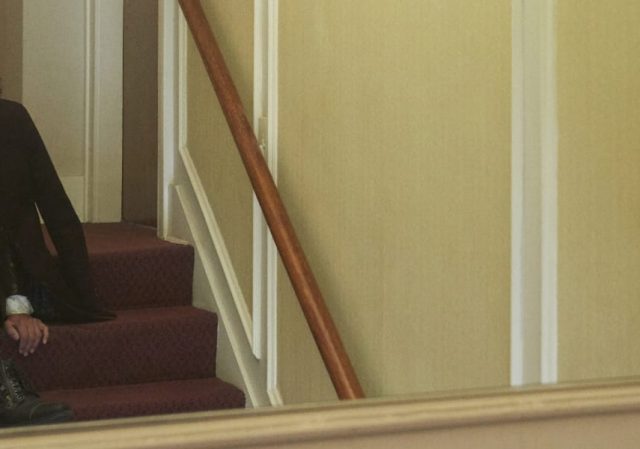 What is more subjective than art? What about being a mixed-race, non-binary person who is exploring their place in the world?

It took me at least three years, possibly longer, to realize that I suffered from an imposter syndrome.

I cracked open my diary in the summer of 2020, wallowing in nostalgia for The World Before. I’m an art curator, so a large part of my job is – was – public-facing. I led gallery tours and organized education programmes. We held film screenings and guest lectures; this year, I launched a new workshop series that, like so much else, moved entirely online.

In the olden days, there were celebratory dinners and exhibition previews and opening receptions. On many occasions, I would finish my workday, only to freshen up, slip on a nicer jacket, and gallery-hop to vernissages and artist talks around town; here in Vancouver, they tended to cluster on the same nights. I loved and dreaded this part of my job: being utterly spent at 5 pm and yet having both an excuse and obligation to glam up, grab a glass of wine –complimentary, of course – and see or learn something totally new. And the whole time, I was plagued by the sense that I was living someone else’s life.

I began journaling, irregularly, three years ago. Reading through my diary, it strikes me how the entries about my work speculate on the “jest being up” one day, or “my bluff being called”; one passage ends, “Enjoy it while it lasts”. There’s a pervasive implication that I don’t belong in my position; that my achievements are not really my own. Despite how hard I work, or what I’ve accomplished, I write as though I’ve been riding coattails; an interloper at a party, hoping to go unnoticed, lest someone kick me out.

“The whole time, I was plagued by the sense that I was living someone else’s life.”

Even more perturbing is the fact that none of these musings struck me as strange or unjustified when I first re-read them.

I recently joined the Black Curators Forum, a new coalition of arts professionals organized through The Power Plant Contemporary Art Gallery in Toronto, working to achieve lasting anti-racism measures in cultural institutions across Canada. Meeting the other forum members for the first time was a revelatory experience. It forced me to reckon with this imposter syndrome I had been quietly experiencing. I became emotional at the end of that first meeting. Seeing peers and colleagues of my colour was validating, in a way, I never realized I needed. At the institution I work at, I am one of the only non-white full-time staff.

This made me wonder: had I unconsciously changed or adapted my behaviour to fit in at work? To what extent was “Justin the curator” a persona that I crafted and put on? Reflecting on this, I can affirm I am comfortable being who I am: a mixed-race, nonbinary person who will never quite fit in anywhere. I have long embraced standing out, even though I’m aware that doing so may provoke ire and violence from people who would rather I feel insecure. I’m also aware that my ability to express myself like this is an immense privilege. Many people have been brutally mistreated on account of their skin colour or sexual identity, and do not feel safe drawing attention to themselves.

“Reflecting on this, I can affirm I am comfortable being who I am: a mixed-race, nonbinary person who will never quite fit in anywhere.”

It brings me back to the question of personae; of the disguises we don and the roles we perform.

Recently, the chief curator and I were discussing the difference between performance and performativity. It was the kind of granular conversation that only a couple of fussy, grammarian curators might find interesting, but it was important to get these terms right.

To me, performance is somehow dramatic. Both the performer and the audience are aware of the specialness, the import, of a particular speech or gesture. In that way, there is an obvious element of contrivance. For example, we know that an actor, no matter how skilled or nuanced, is intentionally playing a role. Performativity is more complex.

The term originates in linguistic theory and describes how spoken words can constitute social actions. Obvious examples are statements like “I promise”, which enacts the gesture of promising, or “I do”, which consents to marriage.

In the arts, I understand performativity in terms of Judith Butler, who expanded on its original definition. For her, the term describes how language, culture, media, and other symbolic modes of communication shape our being in the world. She used the term “reiterative power” to speak about how the cultural forces we’ve invented exert control over us. Gender is a good example; there is nothing inherently real about “masculinity” or “femininity” – we’ve collectively made these binaries up – and yet the language we use, the images we see, and the etiquette that we’re taught all reinforce this myth. We have imposed arbitrary rules on our social behaviour; our behaviour then reifies these rules.

This notion of performativity, as it’s used in the arts and humanities, is indeed a type of performance. But it’s a subtle type of performance, one that the audience – and even the performer – isn’t meant to be aware of. Can we be aware of our own performativity? When are we acting, or hiding, or disguising ourselves? I’ve been pondering lately the ways in which we perform our identities. As an art curator, it interests me how artists respond to the world, and show us new and idiosyncratic perspectives from which to view it. In the aftermath of George Floyd’s murder – another reason I sought solace in my diary, in the summer of 2020 – I wondered how art might even begin to address such atrocity.

“Can we be aware of our own performativity? When are we acting, or hiding, or disguising ourselves?”

I revisited the Soundsuit series by American artist Nick Cave. The soundsuits are full-body wearable sculptures meant to render the Black body camouflaged and protected from brutality. They’re noisy to move around in, hence the name. The first was made in 1992, entirely out of twigs, as a reaction to the 1991 beating of Rodney King by the LAPD. However, Cave’s more recent soundsuits have been colourful and unabashedly festive, embracing the artist’s Black and queer identities.

Costumes have often been vehicles for self-expression. For people who live their lives repressed – who strive to pass as acceptable in white-privileged, male-chauvinistic societies – dress-up is liberation. If you can become anyone, why not become yourself? It struck me how many artists of colour or genderqueer identities have worked through self-portraiture, posing for their own cameras in make-up and masquerade. For them, costumes do not conceal identity; they reveal it.

The history of photography is implicated here, too. It has long fallen to privileged individuals to depict disadvantaged communities. The resulting images are often ethnographic or voyeuristic. Even sympathetic portraits, like those of Diane Arbus, or the important civil rights photojournalism of Danny Lyon, are to some extent what white and straight photographers deemed important to preserve. Contemporary artists such as Zanele Muholi, Martine Gutierrez, and Meryl McMaster not only wrest the camera away from systemically privileged storytellers but do so while wearing resplendent outfits of their own creation. These artists, among others, are part of an exhibition I am currently organizing.

I’m no longer only “Justin the curator”. Now there’s the additional role of “Justin the Black curator”. This predated my joining the Black Curators Forum; it began during the anti-racism demonstrations, when I crafted a statement on behalf of my institution in solidarity with the protestors, on what would be remembered as Blackout Tuesday. I have heard horror stories of coloured employees being appointed the “voice” of their organizations against their will; there were also instances of tone-deaf or ignorant words being shared, by well-intentioned but ill-informed entities. I’m grateful that my experience was different. I not only had the motivation to take initiative but the goodwill of colleagues who listened to me. It changed their perception of me somewhat, I think, but it’s a change that I welcome.

There is much to be done for diversity and inclusion, and I’m eager to contribute. Imposter syndrome be damned; I’m needed here.

As many organizations grapple with issues around equity and systemic prejudices, I’ve been keeping in contact with my aunt. She contributed to many meaningful projects during her career as a schoolteacher in Ontario: from helping to organize a public collection of 500 multicultural books, focusing on stories and authors of African heritage, to chairing the Antiracism and Ethnocultural Equity Committee of the Ottawa Women Teachers’ Federation. I reached out to her because I wanted to better understand what paths had been trodden, and get a sense of what had already been tried.

“There is much to be done for diversity and inclusion, and I’m eager to contribute. Imposter syndrome be damned; I’m needed here.”

In short: lots. On one hand, it’s inspiring to hear about all the important ground that’s been covered, with observably powerful consequences. On the other hand, it feels like we’re going in circles. Anti-racism was urgent back in the ’70s and ’80s, and yet we constantly treat the call for racial justice as an awakening. What will it take to not fall back asleep? I don’t have an answer; but I am not discouraged.

An imposter, by definition, is a person who pretends to be somebody they’re not. That does not describe me. By stepping into new roles, I am revealing different sides of myself; turning them into the light, like facets on a cut gem. And stepping into a new role isn’t a bad thing – not if it’s a part you’re ready to play.

This personal essay series is an inquiry into identity, career, passion and community. An oblique stroke is a marker that suggests something can be ‘this or that’, — these stories push us to reexamine our preconceived ideas of how we can/should live our lives.