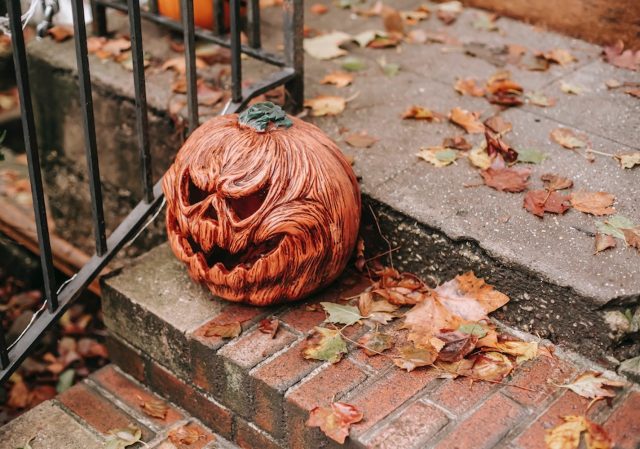 Ready or not, fall is finally here – the season of the pumpkin. Autumn is the harvest time for this versatile veggie so you’ll see them everywhere. According to the US Department of Agriculture, more than 800 million pounds of pumpkin are harvested across America, majority of which will be processed and canned while the rest to be consumed by the public to be baked into delicious pies, arranged into fireplace ornaments and carved into Jack-o-Lanterns.

As loved as they are, most of these smiling gourds and mini decorative accents will sadly end up in landfills. With even the most earnest home chefs saving the guts, the bulk of it gets trashed. But what if there’s another way, a sustainable solution that can also release all your pent up pandemic stress? Instead of trashing it, we can smash it.

Why are pumpkins so popular in the first place?

Pumpkins were a big part of the Native American diet as they has tons of nourishing health benefits. When the colonizers arrived in America, it was one of the early settlers’ main food sources making it a staple for fall fesats. One of the tasty ways it was historically prepared was by hollowing it out and adding honey, milk and spices as it stewd over hot coals, an early version of pumpkin pie.

It was not until they arrived in the mid 19th century that pumpkins were used as lanterns. They had a tradition of placing hot coals into carved potatoes or turnips to commemorate the legend of Stingy Jack who was cursed to roam the earth after being rejected from Hell. The Irish decorated the lanterns with ghoulish faces and placed them by doors to repel roaming spirits. After discovering that pumpkins in the new land were easier to carve, they made the switch. Since then, Jack-O-lanterns have become the spooky symbol for trick-or-treaters to pay their visit.

Pumpkins got their most recent boost in popularity when Starbucks introduced Pumpkin Spice Lattes into our lives in 2003. Love it or hate it, it’s still growing strong despite a backlash following a discovery that the beloved drink was artificial, forcing the company to adjust the recipe to include real pumpkin in 2015. Because of its smashing success, other industries rode the wave of pumpkin spice everything from donuts to soaps to scented room sprays. Even if these products don’t contain actual pumpkins, we still “Fall” victim to the marketing, inspiring more consumption of the real thing. This is just another great example of how capitalism works in America

How pumpkins could be bad for the environment

What is less popular though is the proper disposal of pumpkins when they start to decompose. There are a multitude of ways to use the whole pumpkin with all its parts being edible, even the tough outer skin. In all honesty, it takes a lot of effort. The convenience of just chucking the whole thing into the garbage makes it common for the veggie to be destined for the trash. Food waste is a huge problem releasing methane gas into our fragile ecosystem contributing to climate change. Adding huge amounts of rotting gourds just exacerbates the problem.

Boycotting the use of pumpkins as pure decoration is one way to be a responsible planeteer but where’s the fun in that? It sucks to take away the simple joys we have left nowadays since trick-or-treating with the neighbors and hosting a big Thanksgiving party poses a big health risk. Having a few pumpkins around the house is a safe and festive alternative to celebrate the season and also support the farming industries. We just have to plan to compost it appropriately when the time comes to say goodbye. Here’s where the smashing comes into play.

Since Halloween goes along with wearing costumes and masked disguises, this day has historically been an opportunity for people to act “outside of society’s norms”. By the 1920s, October 31st misdemeanors became known as ‘the Halloween problem’ and it’s safe to assume that pumpkin destruction has its roots here alongside chucking eggs and other childish pranks. The innate structure of a carved out gourd makes it an irresistible target for this night of trickery and mischief. It’s a crime of vandalism still practiced by naughty teenagers and childish adults today.

More positive inspiration can be credited to, SCARCE, an environmental non-profit organization, who has been organizing pumpkin smashing events for school kids and teens as a solution to the food waste problem and an educational opportunity. Successfully turning a crime into a cause, they are happy to report that in the past six years about 380 tons of pumpkins have instead been composted and encourage other communities to join in.

How to compost the pumpkin pieces and pulp?

The most important part of the smash is sending your pumpkin back where it came from the earth. Remember to remove extra waste or painted parts (acrylic paint is plastic!). Here are some ways to do that depending on your living situation:

For people in homes, it’s as simple as burying it in the garden. Dig a hole, and say goodbye to your pumpkin along with all the baggage you’ve been holding on to throughout this pandemic.

City dwellers living in apartments might need to do a little online research. Search for your city’s compost service or a nearby community garden that accepts food scraps. Some cities will organize a pumpkin dropoff in a centralized location for your Jack-o-Lantern remains. Or maybe your building is already eco-friendly and a compost bin is already available to you.

If you’re looking into the knitty gritty of composting yourself, expect that it will involve lots of worms. For those with an aversion to the squiggly creatures and have the means, there are hi-tech kitchen top composters the size of a large rice cooker like this one that will break down the pumpkin chunks and other food scraps into rich soil the next day. It’s very cool.

With a little bit of Googling and creativity, it’s not hard to add composting as a habit this fall starting with a good smash.