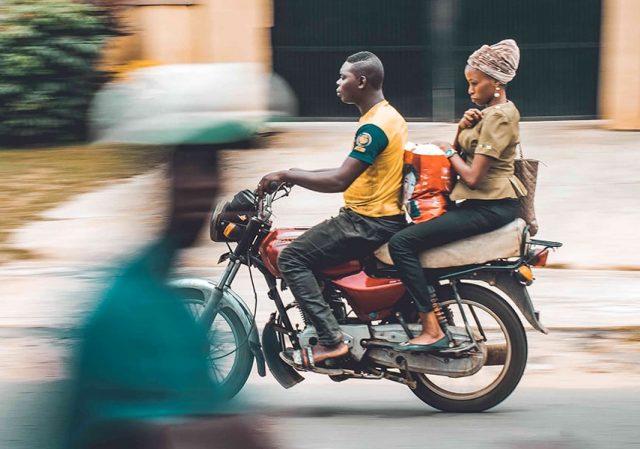 Nigeria survived Ebola in 2014, but as they battle COVID-19, the lockdowns have overwhelmed citizens with hunger.

Patience, 52, manages the kitchen and restaurant for a 30-room hotel in the community where I live in Ikeja. She is one of the countless blue-collar workers badly hit by the lockdown in force in Lagos, Nigeria’s economic hub with a population of roughly 24 million. Since the directive was given, the hotel – and its ground-floor bar — has shut its doors, so there are no guests streaming in to book rooms or calling the kitchen to order for food and drinks. The restaurant, which also caters to non-resident guests, has lost that income stream as well.

“I just come here and sit down, so as not to be bored in the house,” she told me, leaning on the hotel’s black gate as residents milled about cheerlessly. “There is nothing to do. I haven’t made a sale since.”

Patience, like everyone else, can’t wait for life to return to the fast-paced hustle and bustle pre- COVID-19. For now, though, she survives on taking infrequent orders – by phone – from individuals who were regular customers at the restaurant.

“They call me whenever they need any food and I prepare it for them,” she said, her face lit up with a sparkle of a smile. “I can’t do more than that. It’s the situation, but we will survive.”

With about 66% of residents living in the suburbs with little or no access to clean water, constant electricity, good roads and proper waste disposal systems, pervasive poverty means that majority live day-to-day, doing odd jobs daily to earn their living. Keeping them grounded for weeks and with no guaranteed income amount almost to a death sentence.

While the state government says it plans to provide immediate food relief for 300,000 poor and vulnerable families, the federal government’s Fiscal Stimulus Package, which is to the tune of N500bn, will be spent, among other things, on upgrading healthcare facilities. A chunk of it will also supplement the existing Social Intervention Programme (SIP), which will see 3.6mn poor Nigerians on the National Social Register get N20, 000 each.

By the second week of the Stay-At-Home order, countless families worried that they were running out of food; they wondered why the palliatives had not reached the households where they were most needed.

I live on a street with no less than 400 Lagosians and in a compound with seven other families. One of my neighbours, a man in his early 60s who has been out of a job for the past year, had reason to smile earlier this week, the third week of the lockdown. The Lagos State Residents Registration Agency (LASRRA) delivered a relief package to him: a bag of garri (a Nigerian staple made out of cassava), packs of spaghetti and sachets of groundnut oil.

It’s not much but for a man who has survived the past three weeks on little, the package was a lifesaver.

“They try,” he said as he unpacked the bag, barely able to mask his joy. “This is far better than nothing at all.”

Nigeria confirmed its COVID-19 index case in Lagos on 27 February. As of 16 April, the World Health Organisation (WHO) in Nigeria, quoting the Nigeria Centre for Diseases Control (NCDC), confirmed 442 cases in the country with 13 deaths (152 discharged).

Keeping abreast of the growing numbers week after week, I can’t help but think back to July 2014 when Lagos recorded its index Ebola case. A very vigilant doctor immediately diagnosed the symptoms for what it was. Dr. Stella Ameyo Adadevoh and some of her colleagues would later die of complications arising from her exposure to the patient.

The consequent contact tracing was swift and efficiently pursued, and it led to a couple of infected persons, who were immediately isolated and treated. And so it was that Nigeria was saved a long-drawn fight to check the disease from spreading and getting out of hand.

Pelu Awofeso is a Nigerian travel writer and travel book author based in Lagos. He also writes about the arts, indigenous festivals, the environment and leisure spaces. He is currently the online editor at thedailyreport.ng. You can follow him on Twitter & Instagram @PeluAwofeso.

Traveling Green? There’s a Guide for That