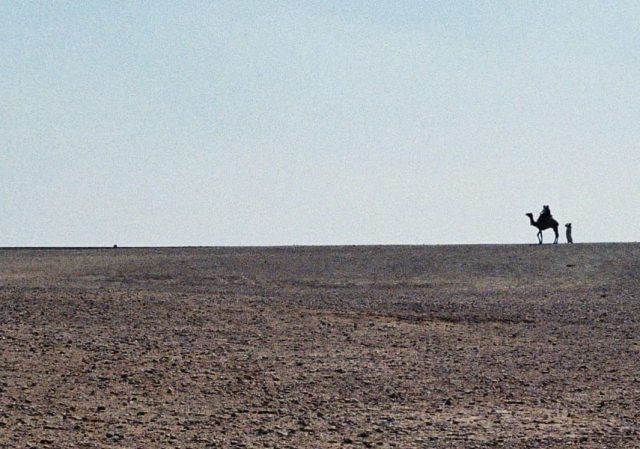 Nostalgia and the meaning of film photography

When I am feeling restless or nostalgic I turn to my archive of film photography for solace. I covet it and consider it one of my most prized possessions. Whether the shot is decades old, or just from last year — feasting my eyes on that grainy, imperfect magic is a soothing reminder of how creativity and life unfold together as one.

Roland Barthes, the influential French thinker, explored the essence of photography in his books Camera Lucida and The Rhetoric of the Image. His writings focused on tackling the existential meaning of what makes a photograph a photograph. Once a camera’s shutter is released, a moment is simultaneously immortalized and gone forever. A realization that is both sweet and layered with a tinge of grief.

“How does meaning get into the image? Where does it end? And if it ends, what is there beyond?” – Roland Barthes, The Rhetoric of the Image

At this particular moment, I am remembering the dusty, hot climates of Egypt and Morocco. I am missing the sounds of calls to prayer in the early morning and the bustling normalcy of community markets brimming with seafood, vegetables and the scent of spices. My body misses the feeling of being enveloped in warmth while sleeping under just a sheet and the taste of tea brewed in a bruised and battered pot.

“The type of consciousness the photograph involves is indeed truly unprecedented since it establishes not a consciousness of the being-there of the thing… but an awareness of its having–been–there. What we have is a new space-time category: spatial immediacy and temporal anteriority, the photograph being an illogical conjunction of the here-now and the there-then.” – Roland Barthes,  The Rhetoric of the Image

These images are simultaneously a time capsule and a sensory experience. I don’t just see the moment — I feel it, taste it and hear it. I also feel a deep sense of longing for the space shooting a roll of film brings. I simply roam and allow my eyes and the unravelling of time to determine the images and guide my next steps.

Whether I mean to or not, I can see that each time I dig into my box of negatives I am stepping into an “illogical conjunction of the here-now and the there-then.” What I see before my eyes awakens archives of memory deeply embedded in my consciousness. What I feel as my eyes and my consciousness merge into alignment is time embodied.

A Brief History of Noodles

Design, Travel and What Really Matters