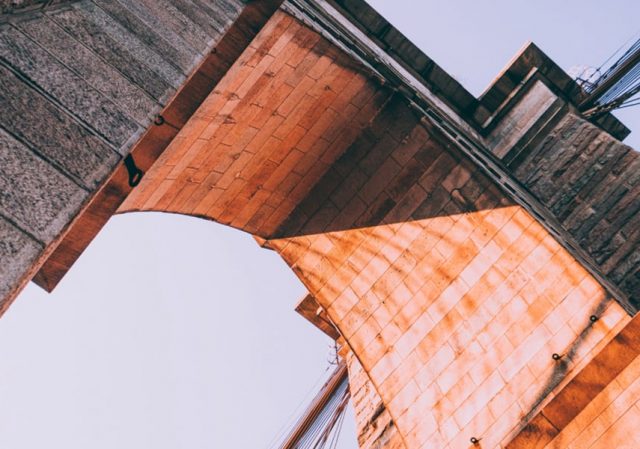 In the shadow of the towering glass and concrete skyline of New York City is the constant hum of its people. The back-and-forth bustle of daily life, the clamor of commerce in action, the hushed tones of the traveler marveling at the enormity of it all.

Here there are stories that begin and end beside one another every day, each block full of overlapping narratives, weaving an ever-expanding tapestry that becomes a cover of sorts––anonymity on NYC’s streets is not anything that’s achieved, it’s just the default. That’s what makes this city and the people who live here the subject of innumerable books and movies. All you have to do is pull on a thread, any thread, and a story will no doubt unfurl. But when it comes to unraveling these tangled threads and exposing the stories hidden beneath and between them, no one surpasses the photographer. While other mediums are able to paint a bigger, more detailed picture, they lack the immediacy of what a camera can capture. The most raw and honest depictions of the day-to-day of a New Yorker are by photograph. Each image a gripping timestamp in a saga that only presents itself to us in fragments.

“Anonymity on NYC’s streets is not anything that’s achieved, it’s just the default.”

See the work of Helen Levitt, whose ability to capture levity from candid moments is a skill in itself. We don’t have the full context of what is happening in her images, but we might have an inkling, a feeling—one that is universal and that we can connect to moments in our own lives. From one photograph we’re able to build its history from our own. That’s a powerful thing.

Or see the way that Jesse Wright can turn the almost clichéd bustle of New York City’s streets on its head. How one shot of single person on an empty street can make a city of millions feel empty. Anna Delaney’s perspective has created a reality all her own, one that is able to engage and provoke the viewer into following along with it.

“The most raw and honest depictions of the day-to-day of a New Yorker are by photograph.”

But sometimes simplicity strikes with the greatest force. The way photographers can frame an ordinary NYC sight in such a way that it just sings. It’s almost intangible, these collections of subtle little pieces–the way a leg bends, caught mid-stride over a steaming manhole, or the reflection of a couple kissing in a cab window––that create a bigger whole. And that is, in essence, what makes the city what it is. Captured through the eyes of the everyday photographers who use their own lens to add new dimensions to the city, photos teach us how to become better explorers ourselves: how to follow our instincts, how to wander aimlessly, observing minute details, and documenting the social interactions we see around us—whether small daily rituals or mass movements.

“From one photograph we’re able to build its history from our own. That’s a powerful thing.”

So many of the stories we read and watch are set in New York, and photographers provide our reference points, our visual anchors. As you look at an image of pedestrians on a street corner, familiar characters seem to come alive, as if leaping from the pages of a Truman Capote novel. This is an alchemy only achieved through art. And every traveler to New York City, no matter how short their stay, can be a witness to and take part in that process –– making their way through those images and creating their own, adding to the hum of it all.

Innovations in Travel Are Accelerating