Air Travel in the Age of Flygskam 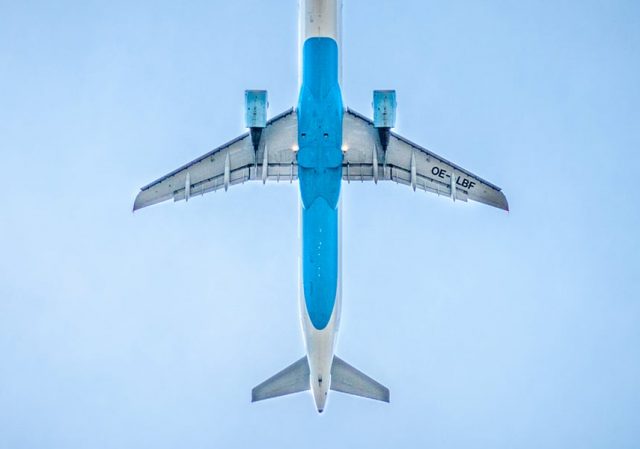 If you can’t quit flying, what can you do to reduce your impact?

Greta Thunberg, the Swedish teenage climate activist, has had a major impact on global awareness of the climate catastrophe. In less than a year, she’s become a household name and public figure for the youth movement to save the world from rapid, irreversible warming.

There’s even a name for it: the Greta Thunberg effect, which has spurred a massive increase in carbon offsetting by individuals and corporations. Another Greta-inspired coinage is flygskam, or flight shame, a Swedish movement drawing attention to the harmful effects of air travel on our planet. Many people, like Olympian Bjorn Ferry, have vowed to stop flying entirely in order to lessen their environmental impact. It’s even sparked campaigns in other countries, like Flight Free UK.

But not everyone who cares about the planet can stop flying, nor do they necessarily want to. The flygskam movement was born in Europe, a highly interconnected region with many options for rail, boat and car travel. Many of us live in more sparsely-populated places, or don’t have the vacation time for three-week cargo ship journeys to get somewhere. We have family on the other side of the world, or careers that require travel.

So what can the flygskam-afflicted traveler do? Is there a future where it’s possible to fly and fight to save the world?

Is it worth it to fly?

If you travel by air, your flights are almost certainly the biggest contributor to your personal carbon footprint. And more of us are flying than ever before: the number of air travellers has increased by 300% in the past 30 years, and is expected to double again by 2037.

But travel has tremendous value, not only to the traveler but also to the economic well-being of most countries. 10% of all jobs around the world are travel-related. Many of the countries most at risk of climate change rely on tourism to survive, particularly small island nations like the Maldives, where tourism is the largest industry. Simply staying home won’t fix the issues of climate change, nor will it necessarily help the people most at risk.

So how can you still explore the world, see far-flung loved ones, and expand your horizons while mitigating your impact?

Swedish researcher Stefan Gössling, who studies sustainable tourism, has studied the influence of “carbon boomers”, or high-profile celebrity travelers who fly frequently and reinforce their status through travel. Gössling observes that influential people shape our values and norms regarding travel, and reinforce the idea that flying often is desirable.

In non-academic speak, that means our society still glamorizes frequent flying, even though we know that it’s bad for the planet. Who hasn’t felt the spark of envy looking at the Instagram account of that one friend who always seems to be going on another vacation?

To combat this, we need to adopt a little bit of flygskam. We are not in competition to see who can visit the greatest number of exciting destinations. Frequent fliers have the biggest impact on global warming: in France, 5% of people are responsible for over 50% of emissions.
Think quality, rather than quantity, of travel experiences. Many climate-conscious travellers are trading in three or four short getaways each year for one long, meaningful journey.

The way you fly matters too. Economy seats are lower-impact than business or first class. And direct flights are better for the environment, as takeoff and landing are the most emission-intensive part of the journey. Itineraries with stopovers are often cheaper, but the cost to the planet is much higher. Plus, no one likes killing time in the airport (unless you really love overpriced, disappointing salads). Consider this the permission you need to book a nonstop flight.
No matter how long your flight is, the fuel usage for takeoff and landing is the same. So try to avoid short-haul flights, particularly once you reach your main destination. Instead, explore the region by train, ferry, bicycle or bus.

If you have a choice of carriers, consider how your green your airline is. Qantas is currently leading the competition for carbon offsets, while European carriers Wizz Air and Ryanair produce the least amount of CO2 per passenger. Some airlines, like United and Air France, have particular routes or airplanes that are pilot-testing (no pun intended) greener initiatives.

Choose an airline that lets you purchase carbon offsets, which invest in projects that reduce carbon in an equivalent amount to what your flight has produced. If your airline doesn’t offer carbon offsetting, you can take the initiative to offset your own activities through an organization like Carbonfund.
It may seem like a minor decision, but if you travel frequently, opting for eco-conscious carriers is one of the strongest ways to send a message about what you value to the industry.

Many of us travel because we’re thrilled by new places and invigorated by new experiences. But don’t forget those sublime moments can happen closer to home. Chances are, you live within a few hours of a stunning destination you’ve never seen. If you live in a city, there’s probably at least one major tourist attraction you’ve never seen, a trail or hike you’ve never done, or a museum that you’re always thinking you’ll visit eventually.

Beyond the benefits to the environment, you’ll build deeper connections with your community and support local businesses. Plus, if you’re tight on vacation time, you can do a lot more with a weekend if you’re exploring in your own backyard.

The truth is, individual travelers cannot fix climate change. We are inundated with messages about reducing our personal impacts: not only flying less, but also skipping plastic bags, bringing reusable straws, cycling instead of driving, eating local. These are worthy activities, and we should all be doing our part to take better care of our world. But it’s not enough.

A recent report found that just 100 companies are responsible for a staggering 71% of global emissions, largely in the fossil fuel sector. The key to halting climate change is not individual choice; it’s corporate and government accountability.

Demanding industry-wide change can make a tremendous difference. In response to the flygskam movement, the International Air Transport Association (IATA) has vowed to cut their emissions in half by 2050 through measures including alternative fuels, new airplane technology, and direct flight paths. This commitment shows it’s possible for consumer values to make a bigger impact.

So while you’re making each trip count and choosing your airline wisely, don’t forget to raise your voice for industry-wide change.

What Makes a Creative City?