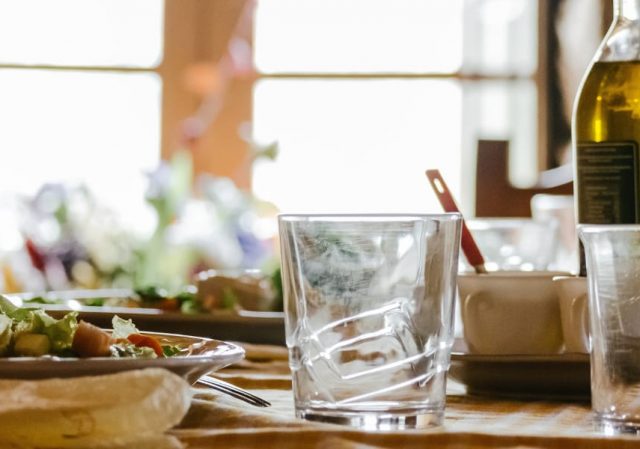 Fresh and locally grown food for a healthier body, mind and planet.

The late James Beard talked about food being “our common ground, a universal experience.” What he understood, and what as modern-day eaters, we’re in danger of forgetting, is that food is not only there to nourish the body but is a fundamental aspect of how we keep our planet healthy too.

Terrifyingly in the year 2020, the foods people eat are a bigger cause of death than alcohol or tobacco — and type 2 diabetes and obesity are an epidemic. On top of that, the WWF reports that what we are eating accounts for about 30% of all greenhouse gas emissions. Livestock production – which includes eggs and milk – uses one-third of the world’s fresh drinking water, while another third is used in agriculture, which also accounts for a large chunk of deforestation. Those are sobering statistics. Whichever way you look at it, you can no longer separate healthy eating from eating sustainably.

So how do you do that? One answer is within the Mediterranean culinary culture that’s been around for thousands of years.

We have all heard about it, but perhaps don’t really know enough about why it’s so healthy for our bodies and our planet.Mediterranean culinary cultures are inherently plant-based, typically using multiple different grains, pulses and legumes, fresh fruit and vegetables, nuts and seeds, oily fish and olive oil, combined with moderate amounts of meat, dairy and wine – most of it locally grown and seasonal. One of the things that makes it so appealing is that it isn’t gimmicky, it isn’t about deprivation and it’s easy to maintain. Indeed, it’s a delicious and infinitely varied way of consuming wholesome products cooked in ways that maximize flavour using olive oil, herbs and spices.

“..it’s a lifestyle choice that starts with the right foods and becomes about maintaining health for your entire life.”

A 2013 study published in Neurology, the medical journal of the American Academy of Neurology, offers evidence that following a Mediterranean diet may help protect the brain. A study of 17,000 people between 2003-2007 showed that higher adherence to a Mediterranean diet reduced their risk of thinking and memory problems by 19 percent.

“The word ‘diet’ is misleading,” says Anne McBride, Deputy Director of the Torribera Mediterranean Centre in Barcelona. “Really, it’s a lifestyle choice that starts with the right foods and becomes about maintaining health for your entire life. Movement is a huge part of it also – not so much going to the gym, as simply moving your body every day – as is carving out proper time for sitting down to eat and honouring it a ritual. As human beings, we have this very protestant perspective that you only gain something if you suffer, but eating well should start in pleasure.”

Because Mediterranean cuisines are so flavour-forward, you don’t notice there’s no meat, or butter, or cream. From platters of rice and bowls of hummus to vegetables roasted in olive oil and doused in traditional nut-based sauces, the food is vibrant and colourful, the kind of eating that you just know is doing you good.

The British food writer, Bee Wilson, and author of ‘The Way We Eat Now’ said in a recent interview with Fine Dining Lovers, that the time has come to stop putting our hopes into ‘quack cures’ which have no scientific or medical substance, and instead focus on more sustainable eating. “It’s not a magic bullet to protect you or cure you. Nobody is saying diet is the single thing that can worsen or fix this, but we are saying that there is a profound connection in somebody’s immune system and diet, enough to take our nutrition seriously.”

And getting there is easier than we might think. In the modern world there is a growing movement toward body positivity and sustainable lifestyles that look carefully more closely at doing not only what is right for ourselves, but right for the planet: eat mostly plants in as many colours as possible, eat local, eat seasonal, honour the ritual of eating and minimize waste.

“It does require a big shift in mindset, which isn’t about immediate gratification,” McBride says. “Thinking of our dietary choices as something to do for the rest of our lives is not how we are wired as human beings. But it is the way forward.”